You are here: Home1 / HCAHPS Questions 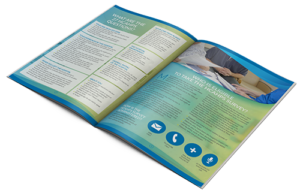 We’ve created a handy “to go” version of this page. Download the eBook and take it with you.

What are the 29 HCAHPS Questions?

Your Care from Nurses

Your Care from Doctors

Your Experiences in This Hospital

When You Left the Hospital

Overall Rating of the Hospital

Are you looking to improve your HCAHPS Scores?
Start with a FREE training video on Courtesy & Respect.

What does the HCAHPS Survey Look For?

The 29 HCAHPS questions ten areas related to the patient experience:

What is the HCAHPS Survey? 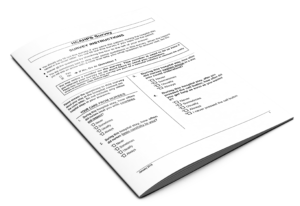 The Hospital Consumer Assessment of Healthcare Providers and Systems Survey, or HCAHPS, has been employed since 2006 to measure the perspectives of patients treated in hospitals across the nation. Also referred to as the CAHPS Survey, it is the first standardized and publicly reported survey of its kind to be used on a national level.

Pronounced “H-caps”, the HCAHPS Survey was developed by the Centers for Medicare & Medicaid Services (CMS) and the Agency for Healthcare Research and Quality (AHRQ). While the questions in the HCAHPS Survey may seem simple and straightforward on the surface, they were actually developed using the highest scientific standards over a multi-step process. In the development of the questionnaire, the government agencies employed a review of the literature available at the time, consumer testing, cognitive interviews, focus groups, input from stakeholders, a sizable field test, and multiple field tests.

Before implementation, the HCAHPS Survey was endorsed by a wide range of institutions and organizations, including consumer groups, healthcare providers, Federal agencies, professional associations, purchasers and research organizations.

What is the Purpose of the HCAHPS Survey?

The main goals of the HCAHPS Survey were established to guide the creation of the final product and helped significantly in its shaping. Those responsible for the creation of the HCAHPS Survey have worked diligently to ensure that the survey is useful and practical, producing data that can be used by a broad range of interests to better serve the public and all those receiving medical care throughout the United States.

When did Hospitals Begin to Use the HCAHPS Survey?

The information from the HCAHPS Survey began to be collected – voluntarily – in 2006. In 2008, the information from the surveys was first publicly reported. CMS reports the results of the survey for each hospital on the Hospital Compare website. The results published online are based on the past four consecutive quarters, with the oldest quarter being discarded when a new quarter arrives.

The HCAHPS Project Team not only collects the data from the surveys and reports it but also makes adjustments necessary to ensure fairness. There are some factors that are beyond the control of hospitals that can impact the results of the survey. The HCAHPS Project Team accounts for any factors that would mar the results of the survey and makes adjustments before publishing the final results on the Hospital Compare website.

How is the HCAHPS Survey Administered?

The HCAHPS Survey can be administered in four different ways, depending on the needs of the hospital and the patients. These options include:

Who is Eligible to Take the HCAHPS Survey?

Most patients who stay at a hospital are eligible to take the survey, although there are some exceptions. The specific requirements for participation include:

While the HCAHPS Project Team designed the survey to gather information from as wide a spectrum of patients as possible, but there are limitations to the survey that must be accounted for – which is why some patients are ineligible to participate. For instance, the survey was not designed for pediatric patients or patients who have been diagnosed with behavioral health issues. Patients who only came into the hospital for a short period of time – those that did not stay overnight – are also excluded because they have not had enough interaction with the hospital staff to be considered in the overall survey.

When do Patients Take the Survey?

The HCAHPS Survey cannot be administered while the patient is still in the hospital. The patient to be sampled must participate in the survey within 48 hours to six weeks following discharge. The mode of the survey, whether by mail, telephone or another option, must be completed within the 48-hour to six week time period. If the survey is mailed out, the data must be collected within the six week time period to be admissible.

What Can Hospitals do to Improve HCAHPS Survey Scores?

When the first HCAHPS Surveys were completed and the results were in, many hospitals were faced with an unpleasant shock – they did not score well, much worse than they expected to. Fortunately, by learning ways to deliver a better experience to patients, many of these hospitals were able to improve their scores over time. The surveys had accomplished one of the main goals of the HCAHPS Project Team, bringing transparency and encouraging improvement by medical providers.

Hospitals and hospital staff can learn to produce a patient experience that meets the requirements of the HCAHPS Survey. Once hospital staff understands that a positive patient experience requires more than just maintaining the standard of care – that patients want and need to be cared for as a person – then it becomes easier to design a system of care that accounts for HCAHPS Survey questions.

It is surprising for many hospitals to discover that patients generally expected the quality of the medical care provided by the hospital to be good. What patients were less certain of was whether their doctor, nurse or another medical provider would listen to them and genuinely care about how they felt. When hospitals begin to account for the way the patient feels on a personal level, raising the HCAHPS Survey scores becomes much easier to accomplish.

What Does CG CAHPS Stand For?

The Clinician and Group Consumer Assessment of Healthcare Providers and Systems (CG CAHPS) is the version of the CAHPS designed for use in doctors’ offices. Where the HCAHPS Survey is used throughout hospitals, the CG CAHPS covers patients who are getting treatment in private practices. The survey is available in an adult version and a version for children – patients 17 and under. The CG CAHPS also varies from the HCAHPS in other ways, including the fact that it is available in multiple versions.

Versions of the CG CAHPS include:

The CG CAHPS is, much like the HCAHPS Survey, designed to measure a variety of factors in the patient’s experience with his or her medical providers. However, there are some differences. The CG CAHPS was created to gather data specific to visiting the doctor’s office, and includes questions about:

The CG CAHPS survey forms are all available for download on the U.S. Department of Health and Services Agency for Healthcare Research and Quality website.

The CG CAHPS serves a similar purpose to the HCAHPS Survey, allowing patients to get a clear picture of the experience of previous patients. With survey information made public on a regular basis, the public can make informed decisions about doctors, practices and medical groups. The doctor’s office surveys are also designed to improve the care that non-hospital medical providers offer the public. Transparency results in accountability and medical providers are given the opportunity to improve based on honest feedback from patients.

Training your staff on effective communication, active listening, empathy, setting realistic patient expectations, and exceeding those expectations will not only help significantly improve HCAHPS scores but will assist in creating a patient-centered culture.